The Art of Cactus County 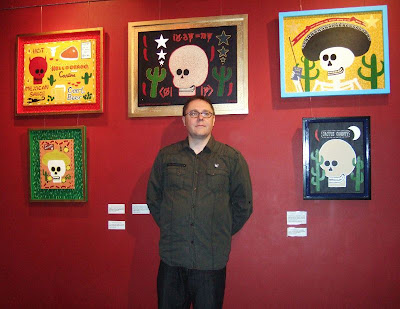 Last night Mr Kitsch (otherwise known as Gary Smith) launched his new exhibition at the Tobacco Factory in Bristol. It was a great evening, with live music, tequila, lots of friends showing their support, and of course, his amazing art. The exhibition is on for the whole of October, in The Green Room, just off the main cafe bar of the Tobacco Factory, and as you can see, looks wonderful on the deep red walls!
I'm very proud of what Gary's achieved with his painting, in a relatively short period. He has only been painting for a couple of years with no formal training, but has developed a bold, naive style inspired by the Mexican folk art of the Day of the Dead. Into that, he has woven stories of a fictional place called Cactus County, where science and rationalism are celebrated, rather than religion. You can find out more at http://www.flickr.com/people/cactuscounty/
It was great to see it up on the walls, to be appreciated by so many other people. Let's just hope he gets lots of buyers!
Posted by Kitsch and Curious at 19:21 2 comments:

Catching up on Summer

Time for a bit of a catch-up. I haven't been posting much on this blog, as I've been having so much fun with my other blog - Curious Objects. I'd love you to take a look, if you haven't already. It's all about the strange and silly stuff I find myself collecting.﻿﻿﻿
I'm afraid I had to control my collecting instincts when I popped in to the Vintage and Handmade Textile Fair on Saturday. I'm trying to stop spending, and although I sighed over many a piece of vintage fabric, I didn't allow myself to buy. Much to my chagrin, Mr Kitsch was the one to spend money, as he bought some buttons because he liked the card they were on. (Should that really be allowed? It's okay for him to follow one pace behind me at vintage fairs, but to go around buying stuff? Hrrumph.) 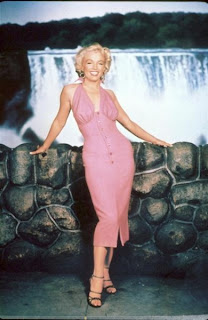 It was a textile-y weekend, as we went to the American Museum on Friday. The folk art and textile collections there were as marvellous as ever, and their temporary exhibition this year is 'Marilyn - Hollywood Icon', which is full of outfits that were actually worn by Marilyn Monroe in films. There were jewellery and other small possessions too (but no photography allowed). It was interesting, but the displays were rather lifeless, somehow. It think it would have helped if the mannequins had been Marilyn-shaped  - some of the dresses hung rather sadly on the standard-sized dummies. It just seemed to underline the fact that all the glamour came from her. The dress from 'Niagara' was very plain, but in the photo it looks fantastic on her.


I spent ages looking at the quilts in the museum (but didn't get any good photos). Every time I look at those old quilts all sewn by hand, I am stunned by the amount of work in them. I'd love to try my hand at a quilt one day, but it would have to be a very simple one! 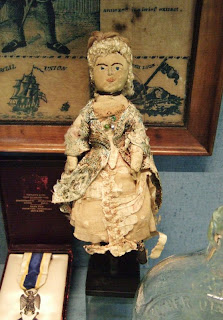 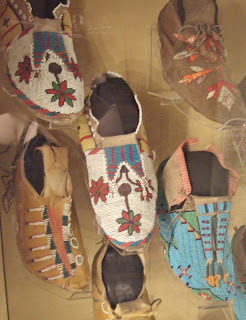 Beadwork is another craft I'd like to have a proper go at. There are some great examples of native American beadwork in the museum. And lots of great folk art and artefacts. 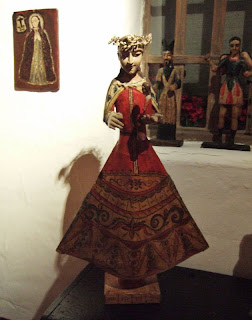 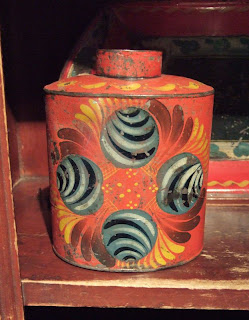 Although the photos look like we were indoors all the time, we spent plenty of time enjoying the grounds in the sunshine. I think it's jolly nice of the weather to make up for my missing so much of the summer. These hot days have felt like some recompense for all the summer days I felt were passing me by!
Posted by Kitsch and Curious at 20:28 1 comment: