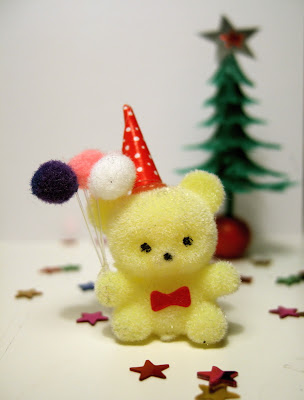 Many thanks to all of you who entered my giveaway and gave feedback on my choice of shop names! I had a record number of comments (66! One was my own, though.) As promised, a winner was picked yesterday at random by Mr Kitsch. He picked number 23, and the 23rd comment was from hetlieveheersbeestje. Her blog is in Dutch, but I think the title means 'The Ladybirds'. You can read it in English using Google translate (button at the top of the page), but the auto-translation has a strange and rather quaint effect on the words!

In a spirit of Christmas largesse, I'm also going to give a runner-up prize. The second number to be picked by my lovely assistant was 11, and the 11th comment was from m.e. Cathie, who is from Australia. How very exciting to be so international! I'll contact both winners for their addresses, and get those parcels packed up as soon as possible! 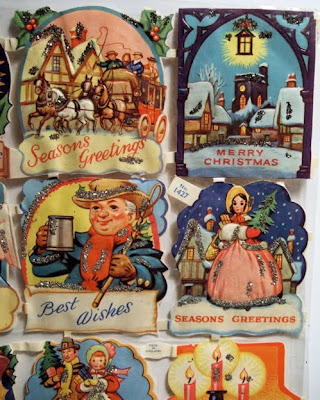 It was great to read all the feedback on my shop ideas. As for the names, when I also included the comments on Flickr, I had 19 votes in favour of 'Nearly Teatime', but 23 for 'Hey Tiger!'. Many people gave me the wise advice to go with my gut and pick the name I truly wanted, but honestly, I just don't know any more!

The great thing was to get the feedback that both names are okay. Some of you also confirmed my feeling that 'Nearly Teatime' is sweet and nostalgic, and 'Hey Tiger!' is more sassy and upbeat. Trouble is, I don't know which I am! I like so many different styles and like to try so many different sorts of projects that it's very hard to know what my style is. 'Eclectic' about covers it...

I think 'Hey Tiger!' has an edge in that regard, in being a bit more neutral, whereas 'Nearly Teatime' conjures up some definite images. So I'll probably go with the popular vote. I'll let you know when I launch my shop.
Thanks again to you all! 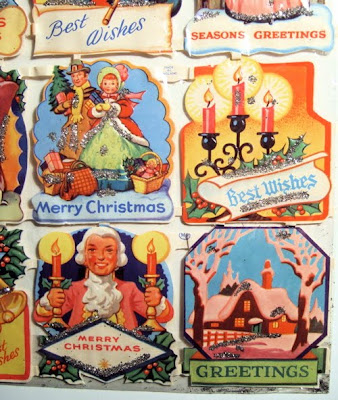 Don't these vintage Christmas labels make you feel all warm and cosy?
Posted by Kitsch and Curious at 23:42

yay!!! thank you so very, very much for picking my name out of the hat!!!
thanks so very much "tiger".
♥

Oh, this is so great!! I am the winner...what a lovely day I have! Thank you so much for picking me out of the hat...
I had some real troubles with the computer ánd a toothache last week, so I just found out by now!
(You can reach me on the email; berrykoopman@hotmail.com .)