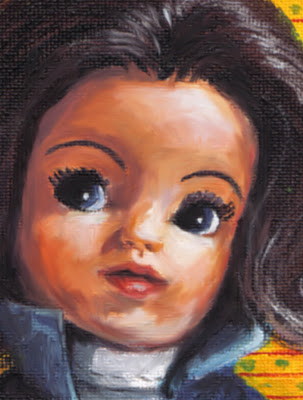 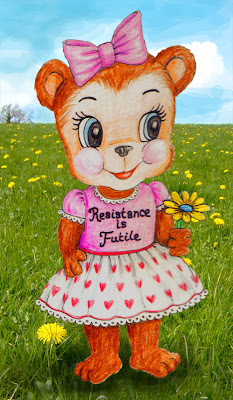 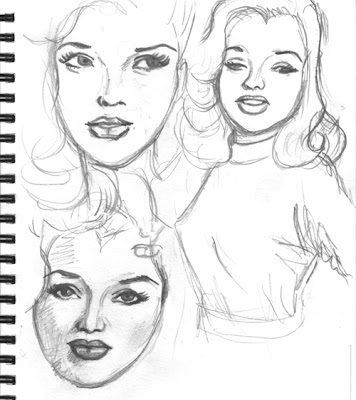 Not sure if I captured her,exactly.
It's probably better to just submit pieces to Illustration Friday on an occasional basis, in any case. For me, it got me drawing again, and I rediscovered portrait drawing - something I hadn't really done for a while. I like the idea of doing a series of illustrations of my favourite actresses. However, that will have to wait, as I'm focussing on my textile pieces at the moment. I have an exhibition in the pipeline, and will be able to tell you about it very soon!
Posted by Kitsch and Curious at 05:00

Oh Wow! I love the drawings of Diana Dors, and the picture of Sindy is so perfect. You are so talented.
Julie xxxxxxxxxx

Where HAVE you been hiding all this talent Elaine? Diana Dors was instantly recognisable. I grinned at the "Resistance is futile" message on the T shirt.

You are very talented, they are fabulous :o) Scarlett x

Sindy is really brilliant -- you could make a career painting those (seriously). Diana is great too but Sindy, wow.