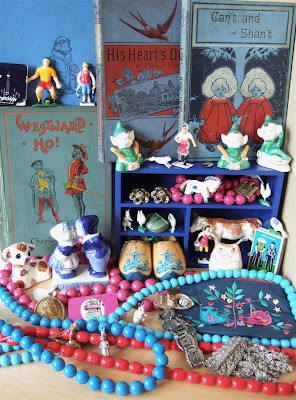 This week I'm trying to make up for my very sporadic blogging of late. I can't remember the last time I did a shopping-show-and-tell. Well, what with the V&H fair, the Redland May Fair, and going kitsch-hiking round the charity shops yesterday, I now have some lovely collections of junk and treasure to show you. 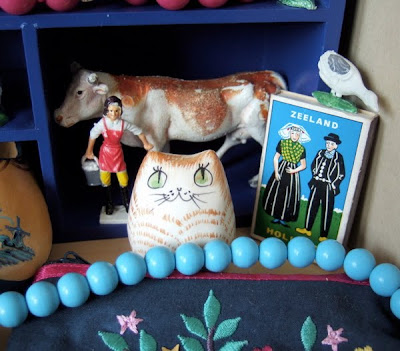 I also wanted to thank those of you who left such encouraging comments on my post last week about blogging. Don't worry - I was never intending to stop blogging completely. I'm far too addicted for that! It's so great to get comments, and I wish I had time to leave lots of comments on everyone's blogs. But, hey, let's not get me started on lack of time again. 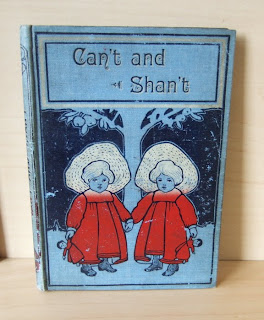 Although I do have to apologise for my thanks being long overdue for some awards. A couple of weeks ago, I was given this award  by ted and bunny.

And several months ago (I'm too ashamed to admit exactly how long) I was given this Splash award  by Bumble Bee Cottage.
Thank you both, ladies - I really appreciate it, and I hope you didn't think I'd forgotten you.

I have also been honoured by having our downstairs loo featured in this wonderful blog, Eklektick. Many thanks to Kristin for appreciating my taste in religious kitsch! 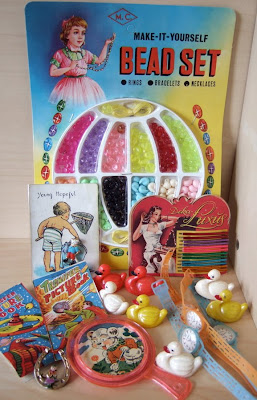 (Fantastic kitschiness from the V&H Fair)
I'm not very good at following the rules of passing on awards to x number of people, but the usual cop-out of saying 'Please take this award if you want it' seems to defeat the object of the exercise.
So I have devised my own award, 'The Giddy Kipper'. The name and design are from a wonderfully bonkers piece of Blackpool rock I found (blogged here).

To me, this is a fine example of kitsch. So I'm going to bestow this award on bloggers who show a true appreciation of kitsch. I'm awarding three today. There may be others later. There are no rules, you don't need to pass it on to other bloggers. Just bask in the glory, gals...
First recipient is Kristin of Eklektick, not just because she featured my loo, but because she has great taste in the bizarre.
Second we have doe-c-doe, who finds and makes the coolest stuff that is also just that little bit kitsch.
Thirdly, there's Candy Pop. She's only just started her blog, but has been posting fantastic kitsch on Flickr for ages.
I appreciate that you may not want to feature the barmy logo on your blogs, or indeed admit to having received such an odd accolade. I won't be offended if you ignore it completely!
Posted by Kitsch and Curious at 23:32