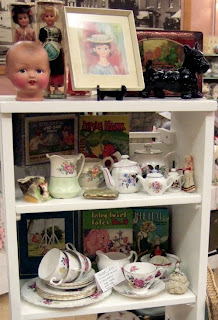 Another big gap between blogs. This time it's more about being busy in the real world rather than anything else. And when I say 'being busy', what I really mean is 'managing my time badly'. However, I really was busy on Saturday, selling my wares at the Vintage and Handmade Fair at Chipping Sodbury. Many thanks as ever to Jayne and Michele for making it such an enjoyable event. 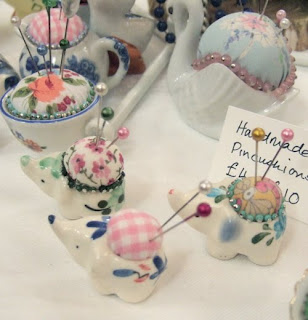 My big, huge thanks also go to Mr Kitsch, for all his help and support. He's even written about the day in his own blog, if you'd like to read about it from the man's perspective. As we were sitting behind the stall, he was telling me how much he enjoyed the vintage fairs, "I like all these vintage women. They're all slightly dotty...but that's a good thing." Hmm. Thanks, babe. I've known for some time that I am "slightly dotty", but I hope the rest of you will take it as "the good thing" it's intended to be. 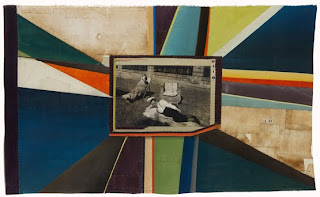 Despite the thrown-together appearance of my stall, I did spend some time last week preparing for the fair, so I didn't have time to blog about some of my other activities. The previous weekend, we went on a day trip to London, mainly for Mr Kitsch to go the Science Museum and look at space stuff. However, I did manage to sneak in an unplanned visit to the V&A, to see 'Quilts: 1700 - 2010'. It's an excellent exhibition, and I can thoroughly recommend it, even if you're not interested in textiles. You can appreciate the quilts as historical artefacts, and read some of the fascinating stories behind them. Or you can just marvel at the hours of work in each meticulously hand-stitched work of art. 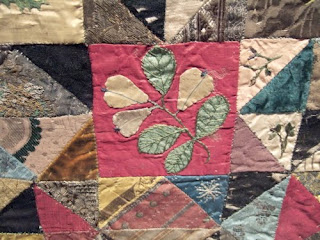 You weren't allowed to take photos, but there weren't any signs to say so, and nobody told me until after I'd taken half a dozen, so strictly speaking, these last two might be considered 'illegal'. But worth sharing, I thought. 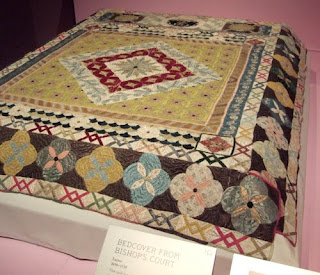 It was nice that some of the quilts were displayed as if on a bed, but a bit frustrating as you couldn't get  close enough to see the detail. Probably just as well, as my feet were aching by this point, and I might have just had a lie-down...
Posted by Kitsch and Curious at 23:59

Great to see both you & Mr K on Saturday. I think i qualify as dotty! Love the pin cushions, I cannot remember seeing them on your stall, but then again the whole day was a blur! xx

I can see my "dotty" comment coming back to haunt me. I really did mean it as a good thing.

A V & H fair wouldn't be the same without your wonderful kitschiness input! Thanks for being a part of our happy day!

P.s sorry about deleted comment.. I signed in to wrong blog!